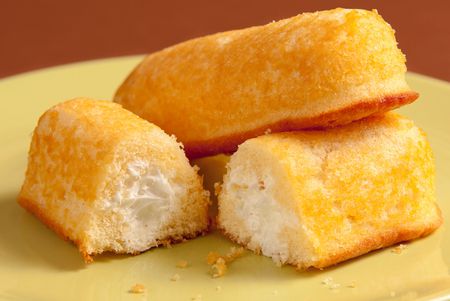 Any Diet That Restricts Calories Will Lead to Weight Loss; You Just Need to Stick With It

When most people think of a diet, they think of weight loss. But we all have a diet, regardless of whether we’re trying to lose weight. As a healthy-weight person, my focus is on maximizing nutrition — the quality of the food that goes into my mouth and nourishes my body. Most athletes think this way. Eat well; be well.

However, with 70 percent of Americans being overweight or obese, according to the latest government data, much of the public is still seeking the “perfect diet” for weight loss. The truth is, there isn’t one.

A diet study from the American Journal of Clinical Nutrition showed that when it comes to weight loss, how much you eat matters more than the proportion of fat, carbohydrate and protein in your foods.

The results of the study were consistent with the findings from many previous studies:

• The major predictor for weight loss was adherence to the diet.

• The study had a high drop-out rate (hence the importance of adherence).

• People on all of the diets lost weight by six months, but regained some of it by two years (if you don’t adhere to your diet, it won’t work).

• It was hard for people to stick to the diets, especially those at the extremes of one dietary component or another.

The key point is that if you restrict calories and adhere to your eating program, any diet will work for weight loss.

Case in point: The Twinkie Diet.

For 10 weeks, Mark Haub, a professor of human nutrition at Kansas State University, ate a diet primarily consisting of Twinkies, donuts and other junk foods. In the process, he lost 27 pounds, which is a considerable amount of weight in such a short span. Overall, his body fat dropped from 33.4 to 24.9 percent, a decline of more than 8 percentage points.

While this may seem shocking, the reality is that Haub didn’t ingest very many calories — less than 1,800 a day. The average American consumes more than 3,600 calories per day – a 24 percent increase from 1961, when the average was just 2,880 calories.

Haub’s results were especially surprising since he was eating such a carbohydrate-heavy diet, which would cause him to hold more water — and water is heavy. That makes his results all the more powerful.

Haub said he followed a basic principle of weight loss: he consumed significantly fewer calories than he burned. And he simply maintained the same level of moderate physical activity he was performing before going on the diet.

The professor’s experiment was a great reminder that no matter what you eat, it all comes down to calories in versus calories out.

However, the health outcomes of his experiment are the truly amazing part of the story. Haub’s LDL (bad cholesterol) dropped 20 percent and his HDL (good cholesterol) increased by 20 percent. He also reduced his triglycerides by 39 percent. That’s hard to figure. Interestingly, once Haub started adding meat back into the diet, his cholesterol level increased.

I spoke to the past president of the American Dietetic Association (who was my client) about Haub’s results. He was attending an ADA conference the week the story broke and, naturally, the topic came up. He said that one of the major points the dieticians all agreed on was that maintaining caloric balance (calories in = calories out) was the most important factor for heart health and blood lipids.

Being overweight is the central problem that leads to complications like high blood pressure, diabetes and high cholesterol.

So, that’s the takeaway from this remarkable story. The lesson is not that you should follow this radical (and ridiculous) diet to achieve these results. It’s that if you limit caloric intake, you will lose weight — no matter what diet you’re on.

For the record, despite his intriguing results, Haub does not recommend replicating his Twinkie-based diet. He said he realized that he was simply eating too much, so he started his Twinkie diet to focus on portion control.

It worked. After all, there are only so many Twinkies someone wants to eat, day after day for 10 weeks.