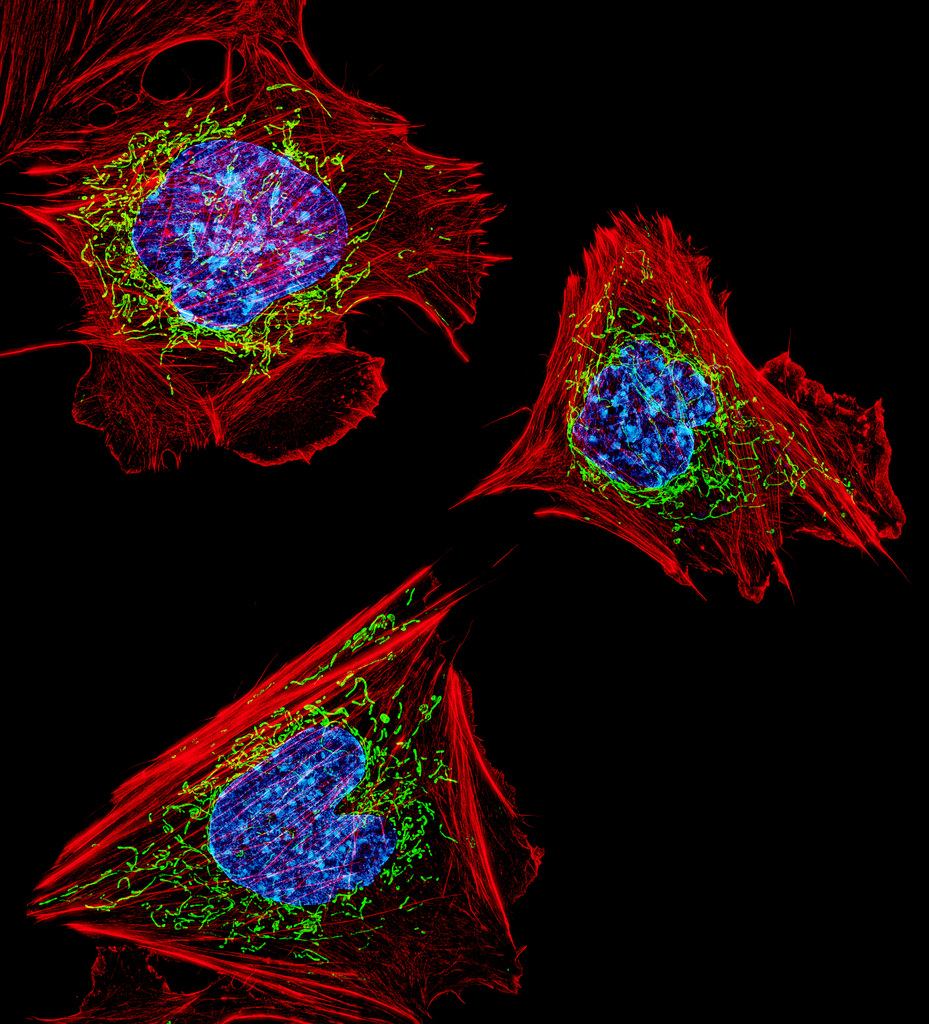 The benefits of exercise are numerous and they extend all the way down to the cellular level.

Mitochondria are often referred to as the powerhouses of the cell. They absorb nutrients, break them down and create energy-rich molecules for the cell, a process known as cellular respiration.

In essence, mitochondria convert chemical energy from the food we eat into an energy form that the cell can use. Mitochondria generate heat, a process known as thermogenesis, and they also store calcium, which is vital for a number of cellular processes, including proper muscle function.

Mitochondria float freely throughout the cell. Some cells have several thousand mitochondria, while others have none. Muscle cells, which need lots of energy, are loaded with mitochondria. For example, about 40 percent of the cytoplasm in heart muscle cells is made up of mitochondria.

It is well established that exercise increases the formation and function of skeletal-muscle mitochondria. Research indicates that exercise even increases brain mitochondria. The more you exercise, the more mitochondria you’ll make. Scientists say that improved mitochondrial function is a major factor in exercise-associated health benefits, including prevention of chronic diseases like cardiovascular disease and diabetes.

The ability of cells to create additional mitochondria to deliver extra energy is particularly important for working muscles. Mitochondria generate the majority of our adenosine triphosphate (ATP), the cellular fuel that powers all of our metabolic processes.

So, the more mitochondria you have, the more ATP your body produces, which creates a greater capacity for repeated muscular contractions, such as during exercise. Increased muscle mitochondria increase resistance to fatigue and improve endurance, allowing for better performance and longer bouts of exercise. It also allows for greater fat-burning capacity.

Yet, as we age, the capacity of mitochondria to generate energy slowly decreases. The good news is that physical activity manages to reduce aging on a cellular level.

Studies have shown that exercise increases mitochondrial capacity and muscle growth (hypertrophy). Current research indicates that high-load resistance exercise can stimulate the creation of muscle mitochondria and improve their function.

High-intensity interval training (HIIT) has proven to be particularly effective at increasing mitochondria in muscle cells. In the simplest sense, the harder you work out, the more mitochondria you create.

A recent study at the Mayo Clinic found that HITT causes cells to make more proteins for their mitochondria and their protein-building ribosomes, effectively stopping aging at the cellular level. This discovery is the closest science has ever come to discovering the “Fountain of Youth.”

As Sreekumaran Nair, senior author of the study, said, “These things we are seeing cannot be done by any medicine.”

“There are substantial basic science data to support the idea that exercise is critically important to prevent or delay aging,” said Nair. “There’s no substitute for that.”

However, you need to remain committed to your exercise program. Your mitochondrial levels will quickly decrease when you stop exercising. In fact, they return to normal levels within about a month.