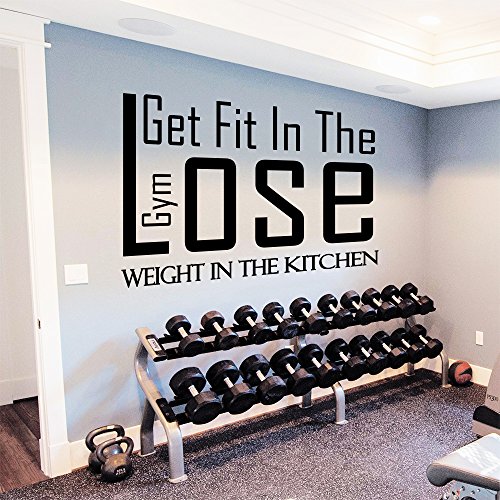 Get Fit in the Gym; Lose Weight in the Kitchen

Exercise has numerous benefits, the least of which is weight loss. Focus on the many health benefits of exercise, not just your weight.

Whether it’s a New Year’s resolution, a birthday, or the recommendation of a doctor, most Americans will determine to lose weight at some point during the year. It’s little surprise.
In 2017, the Centers for Disease Control and Prevention found that almost 40 percent of American adults and nearly 20 percent of adolescents are obese — the highest rates ever recorded for the U.S.
In all, more than 70 percent of Americans are now either overweight or obese, meaning that an unhealthy weight has become the norm, with healthy-weight Americans — who have a BMI of less than 25 — now in the minority.
However, while exercise is great for overall health in a multitude of ways, it isn’t the most effective means of weight loss.
A lot of personal trainers may not want their clients to know this, but I think it’s important to set the record straight and to set a framework for reasonable expectations.
The number of calories you burn when exercising account for a rather small portion of your total, daily energy expenditure.
There are three main components to energy expenditure: 1.) basal metabolic rate, or the energy used for basic functioning when the body is at rest; 2.) the energy used to break down food; and 3.) the energy used in physical activity.
Your basal metabolic rate (BMR) is the single biggest source of energy expenditure, responsible for about 70 percent of the calories burned each day. Digesting your food accounts for roughly another 10 percent. The remaining 20 percent, or so, can be burned through exercise.
However, if you’ve ever walked on a treadmill, for example, you may be disappointed by just how few calories you burn.
Your weight and the distance you walk are the biggest factors in how many calories you burn while walking. A rule of thumb is that about 100 calories per mile are burned for an 180-pound person and 65 calories per mile are burned for a 120-pound person.
In other words, if a 180-pound person walks two miles, they would burn just 200 calories. If that person walks at a fairly brisk 4-miles-per-hour, it would take them 30 minutes to burn those 200 calories. That’s a pretty small payoff for that amount of time.
In short, there’s a huge discrepancy between the number of calories you intake and the number of calories you expend while exercising.
The average American consumes more than 3,600 calories daily – a 24% increase from 1961, when the average was just 2,880 calories, according to The Food and Agriculture Organization of the United Nations.
To make matters worse, various studies have shown that people generally overestimate how much energy they burn while exercising and that they eat more when they work out.
In a nutshell, if you’re trying to burn off all those excess calories at the gym, you’re going to be greatly disappointed.
By far, the most critical factor for weight loss is limiting caloric consumption. It’s as plain as that.
People who decide to reward themselves with food because they exercise — whether it’s larger portions, seconds, dessert, etc. — are setting themselves up for failure. They’re just taking one step forward and then two steps back. All the hard work done at the gym on any given day can be erased with just one excessive meal.
Exercise has numerous benefits, aside from calorie burning: strengthening the heart (your most important muscle) and the arteries; lowering blood pressure; lowering resting heart rate; strengthening muscles, bones, tendons and ligaments; lowering resting blood sugar levels and sensitivity; lowering bad cholesterol, while raising good cholesterol; preventing many cancers; better sleep; improved mood and mental state; stress management and on and on.
Weight training, in particular, is the closest thing to the fountain of youth that humanity has yet discovered. Yes, numerous studies have shown that strength training can actually reverse the aging process!
None of this is to say that exercise, particularly strength training, cannot positively affect weight loss; it just shouldn’t be the primary focus.
Resistance training may significantly increase resting metabolic rate (RMR) by increasing muscle mass. That’s because muscle mass alone contributes about 22 percent to RMR. An increase in RMR will result in more calories burned throughout the day, even when you’re not working out.
RMR is generally depressed during caloric restriction, such as when individuals are dieting. This makes strength training especially important since it can elevate RMR, even when dieting. The problem for dieters who don’t strength train is that they not only lose body fat, they also lose muscle mass. That’s ultimately counterproductive to their long-term goal of maintianing weight loss.
The important thing to remember is that exercise has many, many benefits, but weight loss is not the primary one. Reducing calories is central to weight loss.
The focus of exercise should be the plethora of health benefits, both mental and physical, that can be achieved through a regular, committed workout program.