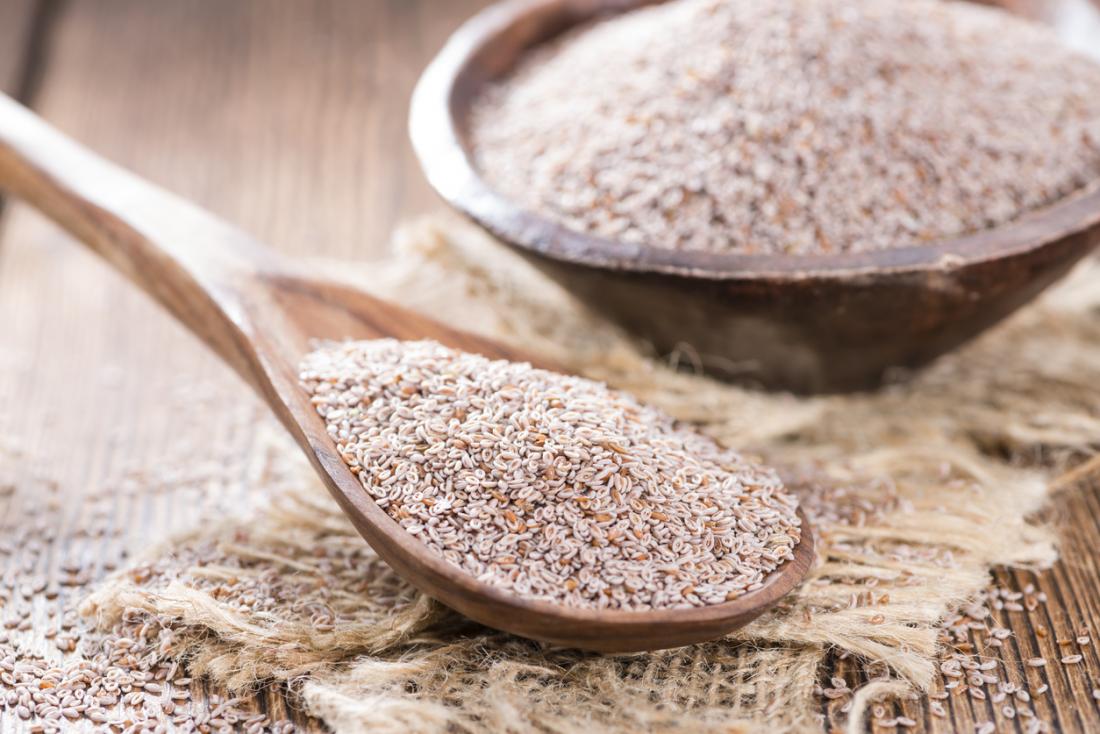 Here’s Why You Should Supplement Your Diet With Psyllium

By Sean Kennedy November 26, 2018 December 18th, 2021 No Comments
The most recent edition of the Dietary Guidelines for Americans recommends that adults consume 1.5-2.0 cups of fruit per day and 2-3 cups of vegetables per day.
However, about 90 percent of Americans don’t eat enough fruits and vegetables, according to a 2017 CDC report. Specifically, just 12.2 percent of American adults are meeting the recommendation for fruit and only 9.3 percent are meeting the recommendation for vegetables.
Aside from being packed with valuable nutrients and phytochemicals (helpful chemical compounds produced by plants), fruits and veggies are also packed with fiber, which aids digestion and can help treat digestive problems. Fiber also helps prevent constipation and can reduce cholesterol levels. Adequate fiber intake may even help protect against heart disease, type 2 diabetes and some forms of cancer.
The national fiber recommendations are 30 to 38 grams a day for men between 18 and 50 years old, and 25 grams a day for women of the same age range. However, most of us are falling far short. The average American consumes a mere 14 grams, meaning many of us eat even less than that.
A great way to increase your daily fiber intake is by supplementing your diet with psyllium, a natural, water-soluble fiber made from the husks of the Plantago ovata plant. Psyllium can aid our health in each of the following ways:
• Lowering cholesterol
• Improving digestion
• Eliminating toxins and heavy metals (psyllium acts like a sponge, soaking them off the walls of the intestine)
• Slowing the production of blood glucose during digestion
• Encouraging the growth of healthy intestinal bacteria
For all these reasons, psyllium is a highly valuable dietary supplement. Here’s more detail on each of the above:
Being a soluble fiber, psyllium is able to pass through your digestive system without being completely broken down or absorbed. Instead, it absorbs water and becomes a gel-like substance that slows down the rate at which the stomach empties. As a result, psyllium tends to slow the movement of food through the digestive tract. Since fiber-rich foods take longer to digest, they result in an increased feeling of fullness and satiety. Consequently, psyllium can aid weight loss by reducing the amount of food consumed during meals.
In addition, a more gradual absorption slows the entrance of glucose into the blood stream, thereby preventing large blood glucose and insulin spikes. For this reason, psyllium helps control blood sugar levels, which is particularly helpful to diabetics. It’s recommended that you take psyllium with food, rather than on its own, so it has a greater effect on your blood sugar levels.
Psyllium has also been shown to help lower blood cholesterol. Soluble fiber binds to bile salts in the gastrointestinal (GI) tract, causing them to be excreted as part of our fecal matter, rather than being re-absorbed by the colon, as they usually are. Since blood cholesterol is needed to make bile, the body must pull more cholesterol out of our blood to make more bile and replace what was lost. This ultimately lowers the amount of cholesterol in our bloodstream.
Additionally, psyllium also helps with constipation and diarrhea, and perhaps even benefits blood pressure, according to research.
Psyllium is a bulk-forming laxative that also softens stools, which means it makes bowel movements much easier. Quite simply, psyllium promotes regularity and overall digestive health, which matters to millions of people.
A total of 60 to 70 million Americans are affected by digestive diseases, according to the National Institute of Health. This means one in five Americans suffers some type of digestive illness. That’s because the modern American diet is so unhealthy. For example, the top sources of calories in the US are grain-based desserts, including cakes, cookies, donuts, pies, crisps, cobblers and granola bars. Americans also consume copious amounts of sodas, candy, potato chips and pizza.
Having a healthy gut is vital to our overall health. Psyllium encourages the growth of healthful, “friendly” intestinal bacteria, such as Lactobacillus acidophilous and bifidobacteria.
These are among the healthy or “good” bacteria in your GI tract that keep your entire digestive system at its peak, while boosting the health of your immune system. In fact, 80% of your immune system lives within your digestive tract and, obviously, a healthy immune system is vital to your overall well-being.
It is crucial for us to maintain a healthy ratio of “good” to “other” bacteria in our GI tract for optimal health. A healthy and balanced digestive system even helps you better regulate your weight.
The good bacteria in your GI tract need good nutrition to flourish. Dietary fiber can make a huge difference by feeding these good bacteria, allowing them to grow and proliferate. While the less-than-desirable bacteria like to eat refined sugars and fats, beneficial bacteria love to feed on fiber, such as psyllium.
The average recommended dosage for psyllium is about one or two tablespoons with meals, once or twice daily. However, I suggest starting with a lower dose and gradually working up to this level. A tall glass of water should be taken with each dose.
The most common brand of psyllium is Metamucil, which has added sugar and ascorbic acid. There are also 100% pure psyllium versions available, without added sugar, which you can find at any health food store. You may find that finely ground, powdered psyllium, which can be mixed with either water or juice, is easiest to drink.
It should be noted that Metamucil is different from Citrucel, which is made from man-made cellulose fiber. Citrucel is merely a fiber laxative and does not offer the same health benefits of psyllium.
So, there are many good reasons to add psyllium to your diet regimen: it’s all natural, inexpensive, easy to take and has a multitude of health benefits. Ultimately, psyllium is one of the very best supplements to include in your daily diet.