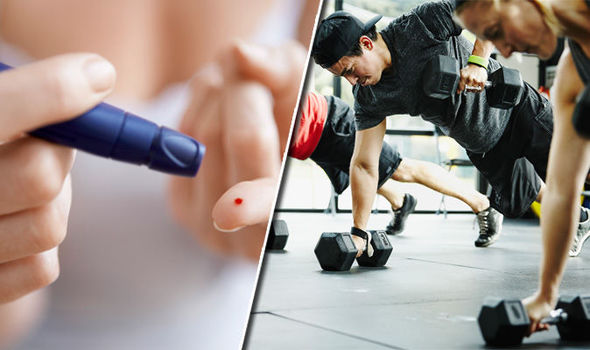 According to the American Diabetes Association (ADA), diabetes is a growing epidemic. The prevalence of diagnosed diabetes in the U.S. increased by 382% from 1988 to 2014.

The organization says urgent action is needed because, as of 2015, more than 30 million American children and adults now have diabetes, and another 84 million Americans are at high risk of developing the disease (pre-diabetic).
Each year, an additional 1.5 million Americans are diagnosed with diabetes and the expense is burdensome. As of 2012, the total annual diabetes-related costs had reached $245 billion.
Since 1987, the death rate from diabetes has increased by 45% while the death rates from cancer, heart disease, and stroke have all declined. Diabetes kills more Americans every year than AIDS and breast cancer combined.
Two out of every three people with diabetes will die from heart disease or stroke. If current trends continue, one-third of all children born in the United States (and half of all minority children) will face a future with diabetes.
People who suffer from diabetes have a disorder in which their blood sugar (glucose) levels rise higher than normal. Insulin helps keeps your blood sugar level from getting too high (hyperglycemia) or too low (hypoglycemia).
While those with Type 2 diabetes — the most common form of the disease — can produce insulin, they cannot use it properly. This is called insulin resistance. Over time, their pancreas isn’t able to make enough insulin to keep their blood glucose at normal levels.
When glucose builds up in the blood instead of going into cells, the cells are unable to store energy. Glucose is the body’s primary, and most efficient, energy source. The long term problem for diabetics is that high blood glucose levels can harm the eyes, kidneys, nerves and even the heart.
Some things can increase the chances for developing Type 2 diabetes, such as high blood pressure (even if it’s treated and under control), low HDL (“good”) cholesterol and high triglycerides (blood fats).
The “Diabesity” epidemic (obesity and Type 2 diabetes) is likely to be the biggest epidemic in human history, according to a research paper titled, “Clinical Diabetes and Endocrinology,” which was published in 2017.
This month, the Centers for Disease Control and Prevention found that almost 40 percent of American adults and nearly 20 percent of adolescents are obese — the highest rates ever recorded for the U.S. More than 70 percent of Americans are either overweight or obese, meaning that an unhealthy weight has become the norm.
Being overweight or obese can cause insulin resistance, especially if you carry your extra pounds around the middle. Remarkably, more than 85% of people with Type 2 diabetes are overweight or obese, according to the CDC. Dropping just 7% to 10% of your weight can cut your risk of Type 2 diabetes in half.
Exercise can help with weight loss/management and insulin resistance, as well as treating Type 2 diabetes. That’s because active muscles feed on glucose. During exercise, the active muscles use up glucose as a source of energy. So, regular physical activity helps to prevent glucose from building up in your blood.
Consequently, regular exercise can help prevent or delay Type 2 diabetes from developing. Frequent physical activity improves your body’s sensitivity to insulin and helps manage your blood glucose levels.
Exercise makes insulin more effective for those who are insulin resistant. In other words, insulin resistance goes down when you exercise, and your cells can use the glucose more effectively.
Exercise can also help people with Type 2 diabetes avoid long-term complications, especially heart problems. People with diabetes are susceptible to developing blocked arteries (atherosclerosis), which can lead to a heart attack. Exercise helps keep your heart healthy and strong. Plus, exercise helps you maintain good cholesterol, which helps you avoid atherosclerosis.
Research links resistance training with improved insulin sensitivity among people with diabetes and pre-diabetes. During a bout of resistance training, your muscles rapidly use glucose and this energy consumption continues even after you’ve finished exercising. For anyone at risk for metabolic conditions, such as Type 2 diabetes — as well as high blood pressure, unhealthy cholesterol levels and other symptoms of metabolic syndrome — strength training is among the most-effective remedies.
To improve overall cardiovascular health, the American Heart Association, the Surgeon General and the CDC all suggest at least 150 minutes per week of moderate-intensity exercise, or 75 minutes a week of vigorous-intensity exercise, or an equivalent combination of both. The easiest way to think of it is 30 minutes per day, at least five days per week.
The important thing is to find activities that you enjoy. Then get in motion and stay in motion.